OHNO is back in Melbourne! We were hoping for the truck to be there before Christmas, as Australia reverts back to the 1970’s and shuts everything down for a month leading up to Christmas we missed this date.

Obviously, the truck failed the inspection, luckily a man armed with a toothbrush managed to spend 6hrs brushing away the dirt at $90 per hour. We do however now have a sparkling clean Landcruiser back in the Eastern Suburbs. Total mileage since we left: 49,957KM (this excluded the 6-week ferry crossing)

OHNO had quite the journey, we tracked the truck on https://www.marinetraffic.com/ and at one point we though pirates have seized the vessel (we were hoping for an insurance claim). Turns out the GPS tracker has stopped tracking and the vessel jumped from just outside the far seas of the Maldives to just outside Melbourne en route to Sydney, then 2 days later back to Melbourne to be dropped off. Must have been a Sunday on the first pass or Melbourne was on a government-approved, OH&S certified lunch break, they will have been a bureaucracy reason, it wouldn’t be Austalia otherwise. That reminds me did we get a permit to for all the rabbits we smuggled in the boot?! 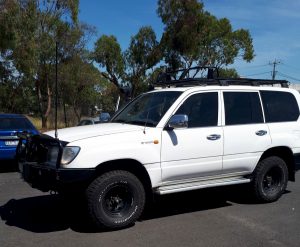 Although we have not been active with our blogs in recent weeks we have drafted the final few lost chapters. Completing the journey then relocating back to the UK after a quick jaunt around Europe in 2015, followed by a 3-months crossing of the States, setting up home in Australia and then leaving to overland nearly 50,000 kilometres in 2016 has left us with very mixed emotions. We needed to step back from the site. We have a huge sense of pride in what we did and couldn’t have achieved it without the support of so many people before and during our trip.

The last few months leading to arrival to the UK were plagued with problems. Some with the car, some with our mental state and some with been displaced for almost a year on the road. It was hard to try and process a journey over a relatively long timeline while trying to keep its value alive. If you do something every day and it involves a set of reoccurring tasks, regardless of location, then those tasks become monotonous. To keep the excitement going we pushed ourselves to explore new parts of Europe we hadn’t visited before, after the freedom of Australia and Mongolia, finding suitable locations to sleep just become tedious. By this point, we were so close to the UK we consideration grabbing an earlier ferry and heading back to Blighty. We didn’t and pushed, had a great time in the process it just took a lot out of us.

We certainly loved parts of the trip, experiencing unique situations and places, meeting so many great people along the way made it the journey we will remember it by.

Now we’ve left the confines of our encapsulated personal overlanding bubble, burst back into London life, found a nice flat with all the things we pined for on the trip (mainly a working shower and a functional fridge) and with nearly all of us having found employment we can start to digest the huge journey we took and positively reflect on our achievement.

So whats new for the site:

*KML (Keyhole Markup Language) is an XML based file format used to display geographic data, in our case the plotted green path indicating where we drove or crossed using a ferry or container ship.

We were originally hosting our site in the far east, as the volume of traffic is low I have moved this to UK based servers. One disadvantage is that the level of spam from 3rd parties sites trying to sell us advising which has increased dramatically. This did involve a full migration of the site and a change of service providers. We have prepaid for 2 years of hosting, at this point we will revisit to see if the site is warranted and decided to keep it active.